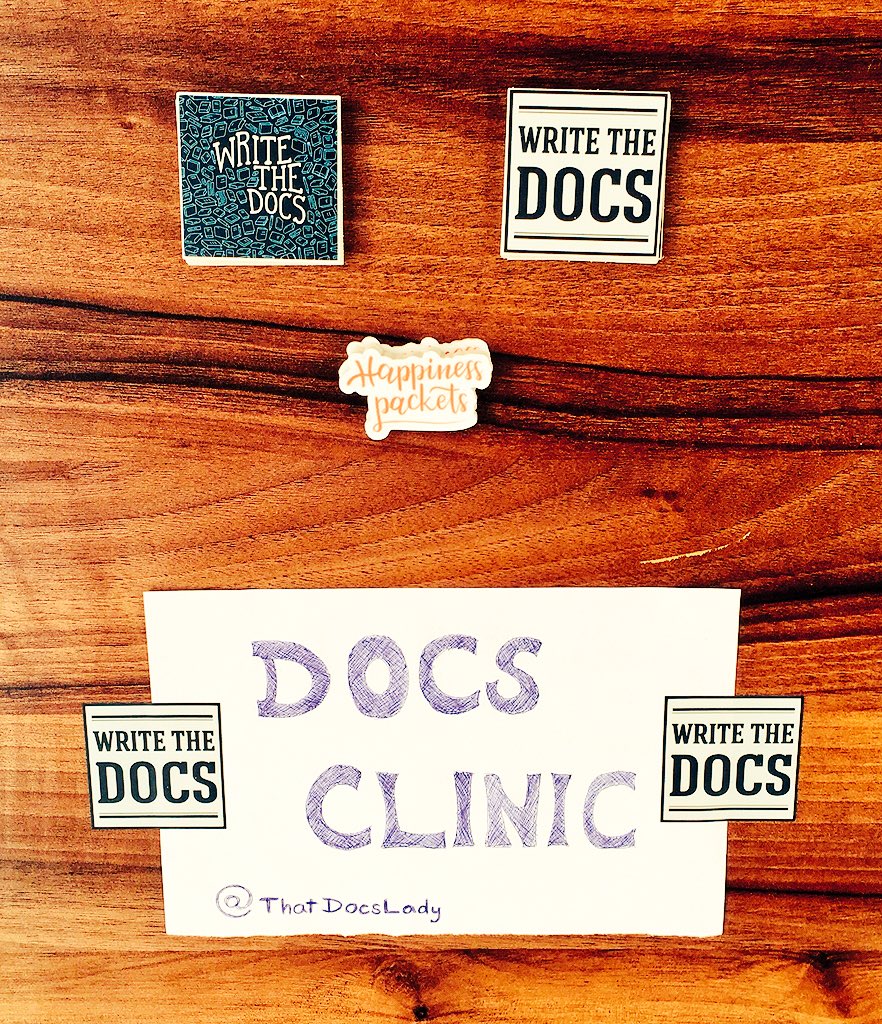 Note to self: Need to make a better sign…

After living in Czech Republic, which is next door to Slovakia, for a few years, I finally managed to get to this event and I couldn’t be happier!

PyCon Slovakia was held for the 3rd year in beautiful Bratislava, right on the Danube river, and the early spring weather was simply gorgeous (especially after the winter’s end stormageddon that Europe went through the week before!).

Thank you so much to the organizing team for putting together this conference year after year, it’s been a really friendly and positive weekend and I am grateful, as always, for the inclusive and welcoming attitude that the Python community consistently champions.

Talks or it didn’t happen v2.0

After launching the updated “Docs or it didn’t happen” talk at PyCon UK 2017 back in October, I was delighted to implement some of the feedback that I received then, and to tailor the content to the regional audience.

Touring with this talk is always a great experience for me, because every iteration involves a new audience with different backgrounds and use-cases. And because I encourage people to reach out to me with questions face-to-face, I end up in some fascinating discussions with super smart people who are great to brainstorm with.

Video will be published soon, but if you want to check out the slides they’re up on SpeakerDeck.

As mentioned before, I always invite folks to talk to me about what they’re going through with their docs, and to consult with me if they have questions about how to improve their content. I usually get a few walk-ups during the conference, and I also operate a docs clinic/helpdesk on the last day, in case people prefer to sit down at the table and talk, rather than stand around in the hallway.

Other than the typical “which markup language should I use” and “how do I keep my code examples up-to-date” questions, which are quite common at developer events, one particular session was a lovely highlight that I’d like to share:

A university student asked me to review some documentation for a library he is developing as a part of his thesis, and we had some fun hacking it to pieces! In particular, while we were going through the content, I noticed a section titled “Other options and functionality”, which is usually comparable to the dreaded “miscellaneous box” that you’d have in your house. Not entirely useful, but you’re not sure how to organize it!

Rather than keep a “big bucket of random features”, I recommended that we ask instead “what goals can I achieve that utilize these features”, and present the content in a user-story form (“As a [persona/role], I want to [do a thing] so that [this goal will be achieved].”). This way, the features can still be introduced to the users, but they’ll be incorporated in one way or another into the appropriate context that will help the users make the most out of the library.

As you can see in the featured image, this conference also saw the debut of the next generation of Happiness Packets stickers! Check out the website to learn about the project, co-authored by Sasha Romijn and yours truly back at DjangoCon Europe 2016 as a way to amplify the good vibes in the tech community.

This conference marks the beginning of my 2018 PyCon season, and I’m really excited to prepare next for PyCon Italy in April (my first keynote ever! Yikes!), PyCon CZ in June, and (hopefully) EuroPython in July.